These chewy, fudgy, homemade Little Debbie Brownies taste just like store-bought and are decked out in red, white, and blue for the 4th of July.

how do you make homemade Little Debbie brownies?

You know that wonderfully delicious taste of a chewy, fudgy, chocolatey Little Debbie brownie that brings you back to childhood? Here you go. I give you this homemade version of the red, white, and blue iced brownies. Homemade Little Debbie brownies are the perfect dessert to make for the 4th of July.

While I made these brownies to look identical to the store-bought version, you can also play around with the decoration for any holiday or occasion. Try rainbow sprinkles, flower sprinkles, Halloween or Christmas sprinkles (am I jumping too far ahead?)… 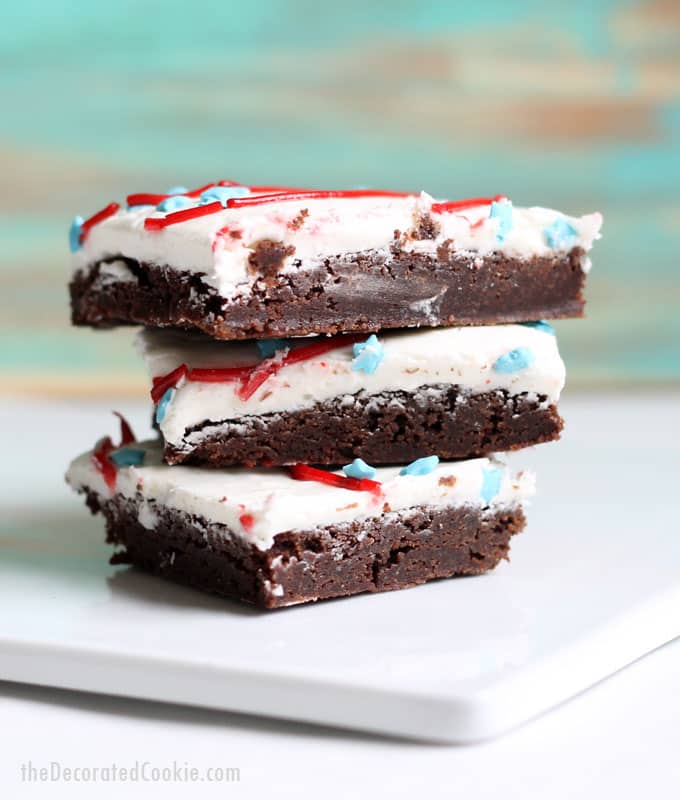 A few notes about this recipe. For the red icing, choose any of the store-bought tubes from the supermarket, gel or regular icing, whichever your preference. While I have plenty of homemade red icing around (what with being a cookie decorator and all), the red icing is such a minimal part of the brownies, I went with the easiest option here. But you may of course make your own red icing as well. 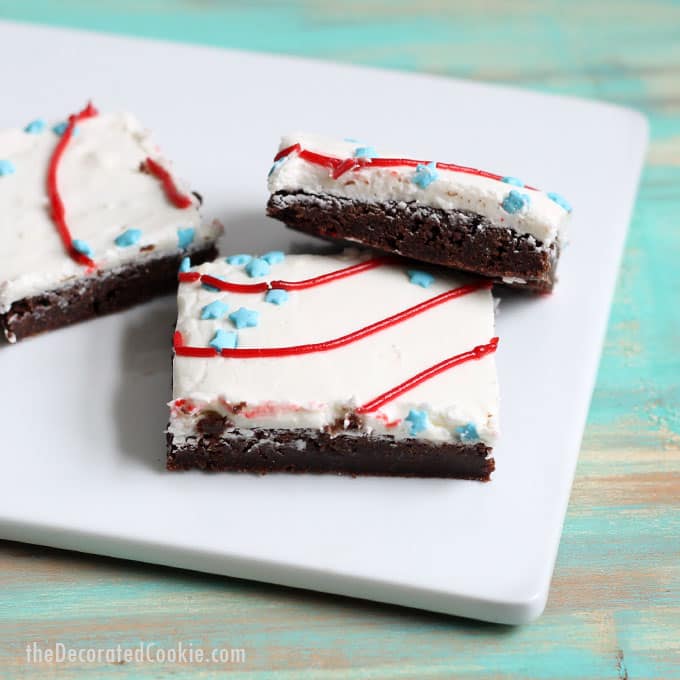 To make the icing on top of the brownies a bright white, I did add some Bright White food coloring. The addition of food coloring here is absolutely optional if you don’t feel like purchasing a bottle of food coloring just for this recipe. And I promise your brownies will still exude patriotism. (And the wonderful aroma of baking brownies, which is one of the many reasons to opt for homemade over store-bought.) As iced brownies are on the sweet side, if you prefer a less sweet brownie, frost the brownies with a thin layer of icing. To bring on the sugar, use the entire batch. Note here I let the icing set in the refrigerator. It isn’t necessary to refrigerate the brownies, but I find it’s just so much easier to cut the brownies into squares if the icing is fully set for at least a few hours. 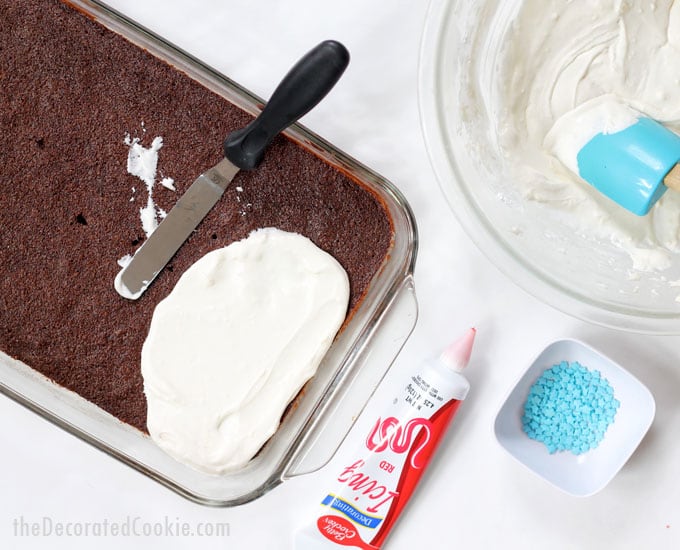 Now, Ms. Debbie, you know I love you but… freshly-made brownies free of preservatives that take less than an hour to make? I hope you understand why I’ll be making this version from now on. 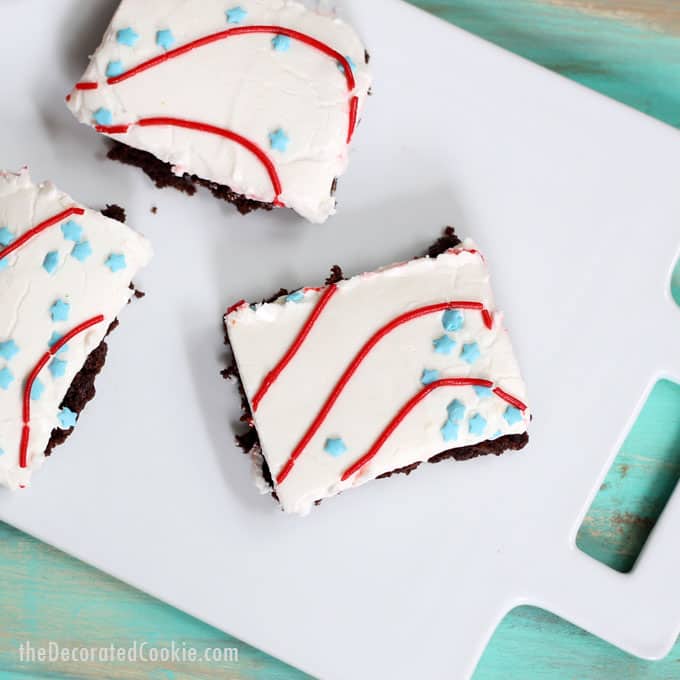