Home » Meals » Drinks » drunken lollipops
43 shares
Disclosure: *This post may include affiliate links. As an affiliate, I earn from qualifying purchases. 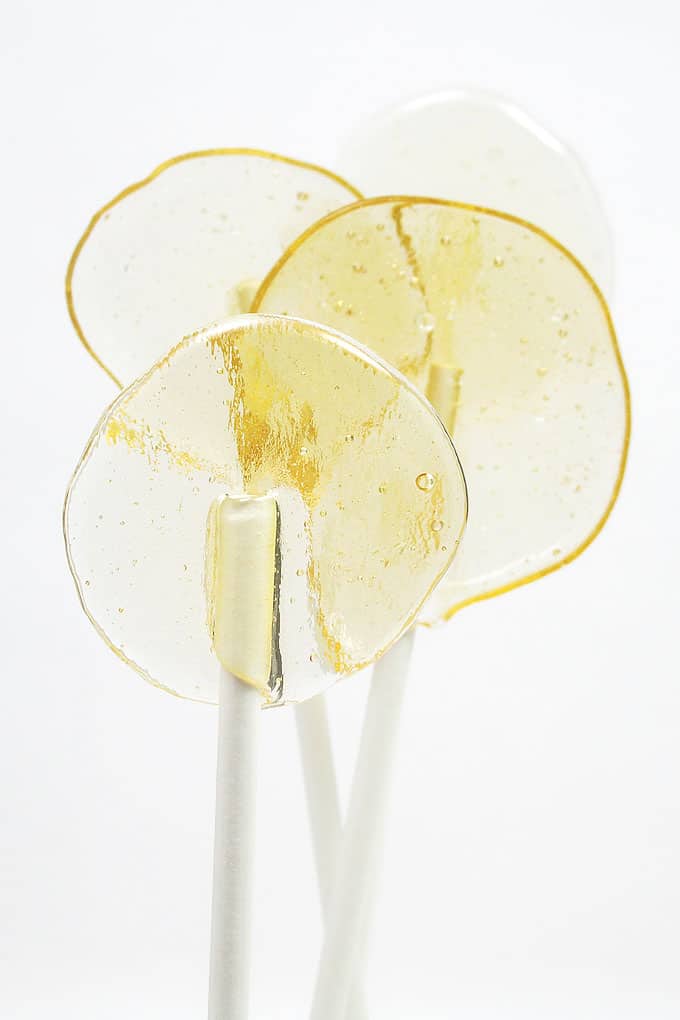 I originally made these boozy liquor lollipops from a recipe in a cookbook I received a copy of to review. Learn more below! If you need more boozy fun, check out my collection of awesome, 3-ingredient BOOZY FUDGE! Gin, rum, tequilla, vodka, I’ve tried it all as fudge.

Blogging is not overly lucrative if you don’t get millions of readers a month, or if you’re like me and bad at business. My other gig gets me more dough than here, but I assure you I’m not buying gold bath tubs and diamond studded shoes. Though to be fair, even if I had money, I probably wouldn’t buy those things. But the big benefit of my other gig is the cookbooks. I get so so very many cookbooks to review and giveaway. Dozens and dozens of cookbooks about cakes and cookies and baking and gingerbread houses and pies and tarts and keeping chickens (keeping bees, too). All these cookbooks, and I realized the other day I rarely actually use them. So I said, “Meaghan, stop bein’ a jerk and make somethin’ already!” Really, I said that.

And so naturally, I turned to liquor and made drunken lollipops.

Right now, I’m hosting a giveaway over at Edible Crafts… [UPDATE: This giveaway has ended.] 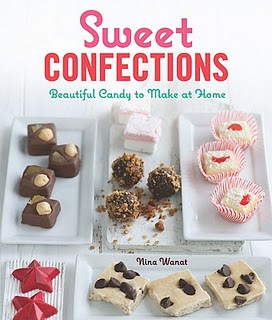 Sweet Confections by Nina Wanat with photography by Diane Cu and Todd Porter (the White on Rice Couple)  You can find the original recipe for these liquor lollipops HERE at Leite’s Culinaria.

Given all the sweet things I make, how have I avoided candy for so long? I think it’s the thermometer thing. Temperatures are just so precise. And I’m imprecise. This book gave me the perfect opportunity to conquer my fear of candy. Especially when I spotted the “liquor lollipops” in the book. 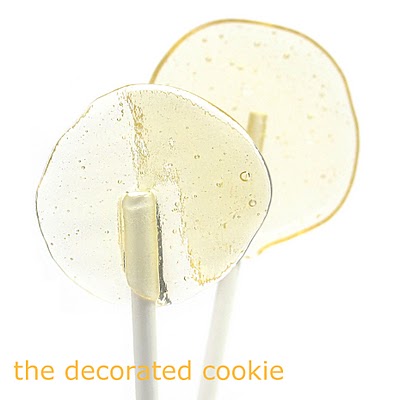 Though you can use any hard alcohol, despite my aversion to even the thought of whiskey (thank you very much, Jim Beam and Georgetown University), I made my lollipops with some single malt scotch whiskey (I’m facing all kinds of aversions today). They really do have a “subtle and intriguing” flavor, as Wanat suggests, and I’m already thinking of my liquor-loving friends this Christmas. And they took almost no time at all to make, aside from waiting for the mixture to heat up to 300 degrees. I also learned you gotta work fast with candy. It starts to harden at lightening speed!

And as you can see, mine are, um, a little, shall we say… drunken? Yeah, “drunken” works on several levels. I didn’t have a lollipop mold so I attempted to pour little circles on a tray lined with parchment paper. If you down a quart of whiskey, I promise these will look like perfect circles. You might even see several of them. 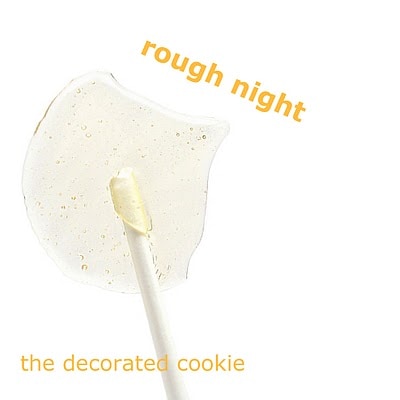 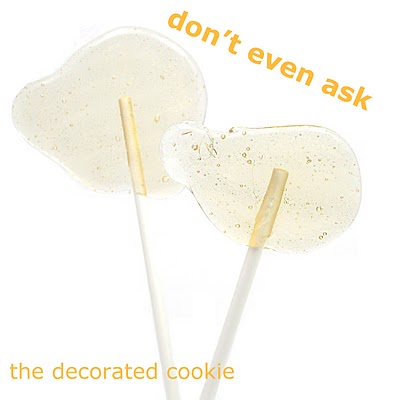