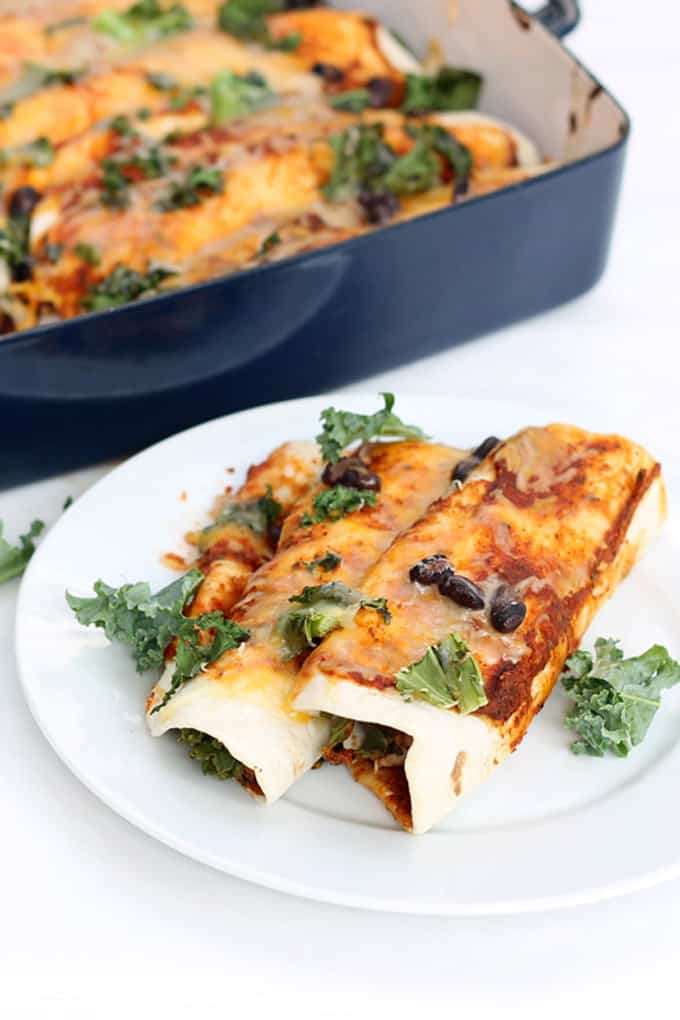 how to make enchiladas

Now that you have your 30-second enchilada sauce from spaghetti sauce mastered, let’s make chicken and kale enchiladas!! The recipe is very much filed under “EASY,” with the sauce. I’m a big fan of chicken and kale (I put kale in everything… such as this chicken and kale in white wine sauce), so that’s what I put in my enchiladas, but you can switch it up with anything you prefer.

Now, I’m of Irish and English descent from the great land of New Jersey. I’m not the voice of enchilada-making authenticity you’re looking for. But forgive that for a moment and indulge me with these few notes on enchilada-making. I hear that corn tortillas are the more authentic way to go with enchiladas, although I personally prefer the taste of flour tortillas. That said, corn tortillas resist moisture better, whereas enchiladas made with flour tortillas can get a bit too soft, even soggy. One way to help with the soggy factor, for both corn and flour tortillas, is to quickly pan fry the tortillas first to create a barrier on the surface. Also, traditional enchiladas (again, take my use of words like “traditional” with a grain of salt given my aforementioned lack of authenticity) are not doused in sauce. The tortillas are dipped in sauce so it’s spread more thinly across the surface. I don’t dip the tortillas in the sauce, but I do only use a cup of sauce for the entire dish and spread the sauce pretty thinly on each tortilla as I assemble the enchiladas. 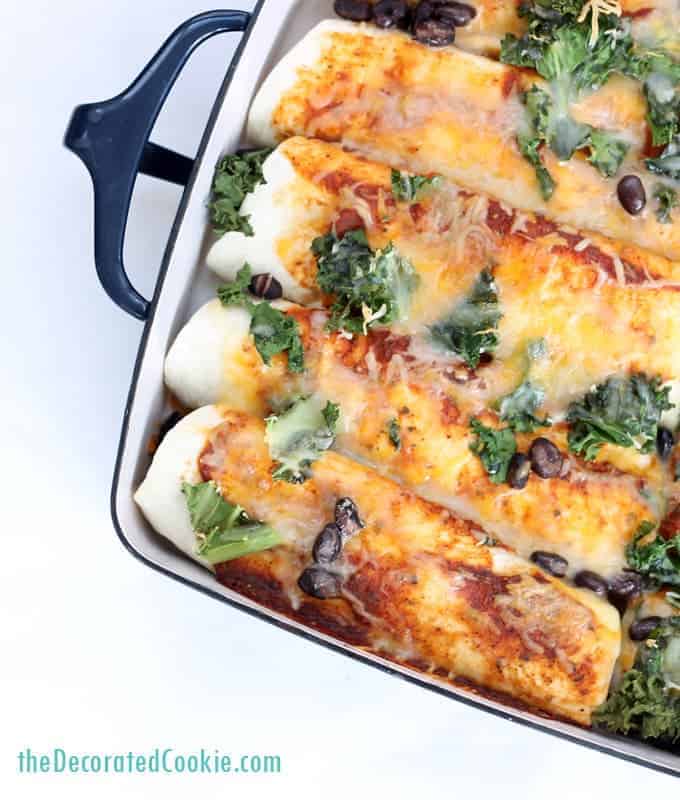 To assemble, create an assembly line of your ingredients. I spread a bit of sauce on a tortilla, top with cooked chicken, black beans, then some chopped kale. Here’s where you can get creative. Mix it up with pork, ground beef, spinach, different veggies or a variety of beans. Whatever you like. You can also add shredded cheese at this point, although I keep the insides of my enchiladas cheese free. It just tastes lighter that way. Arrange in a baking tray sprayed lightly with non-stick spray. Brush on the remainder of your sauce and sprinkle with cheese and bake. In less than half an hour, your enchiladas are done. 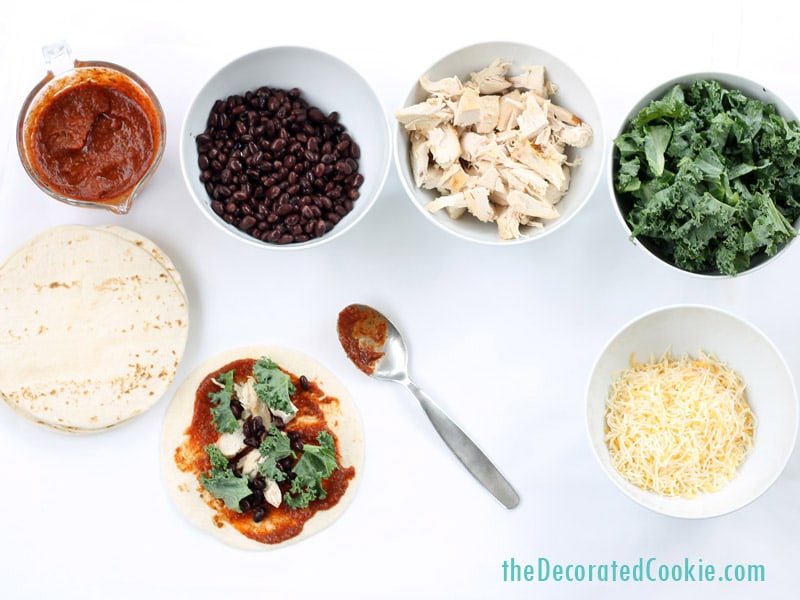 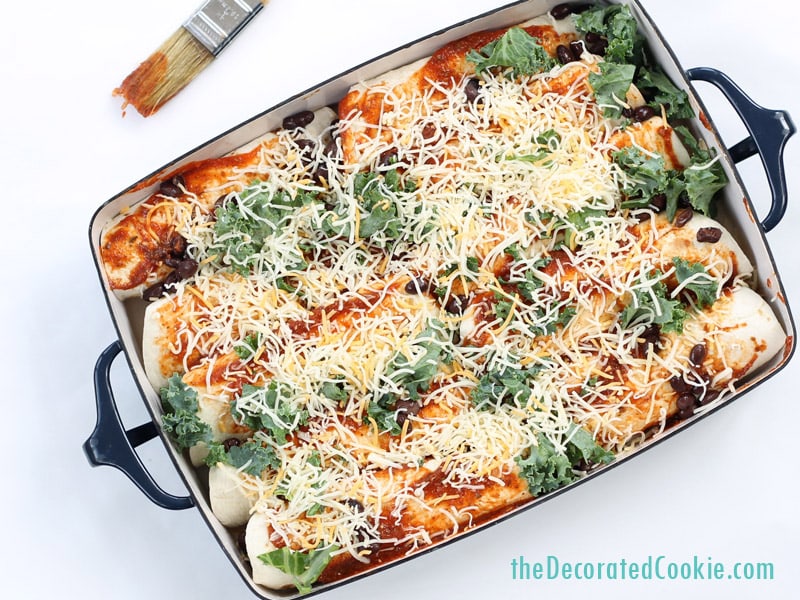 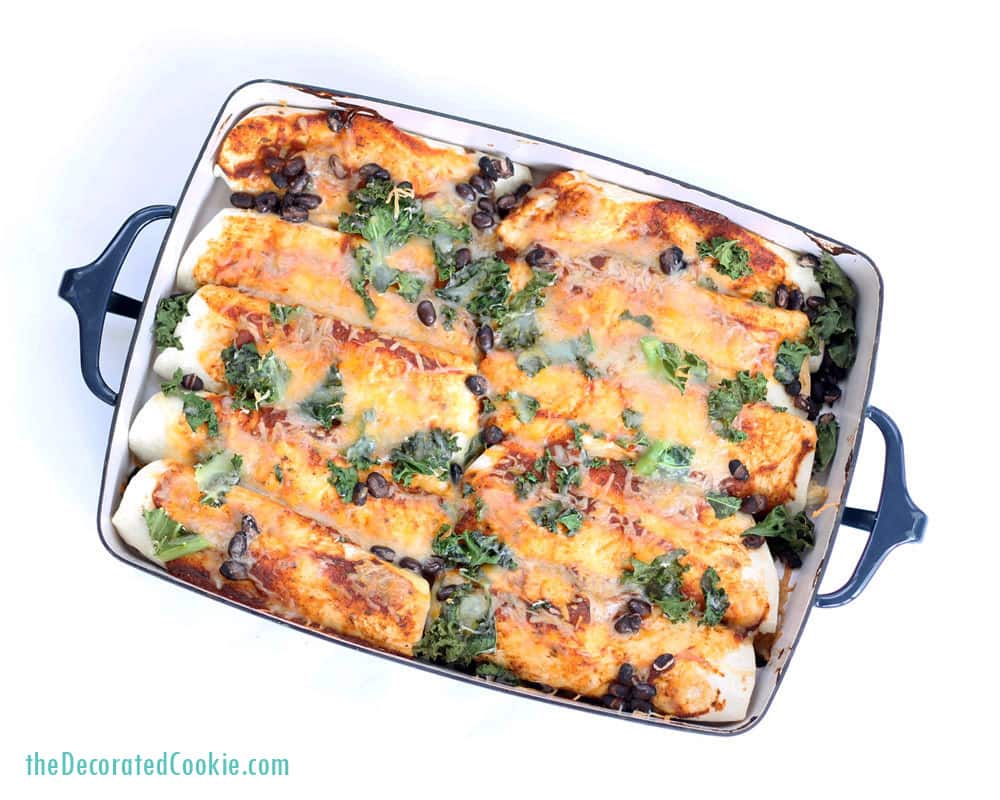 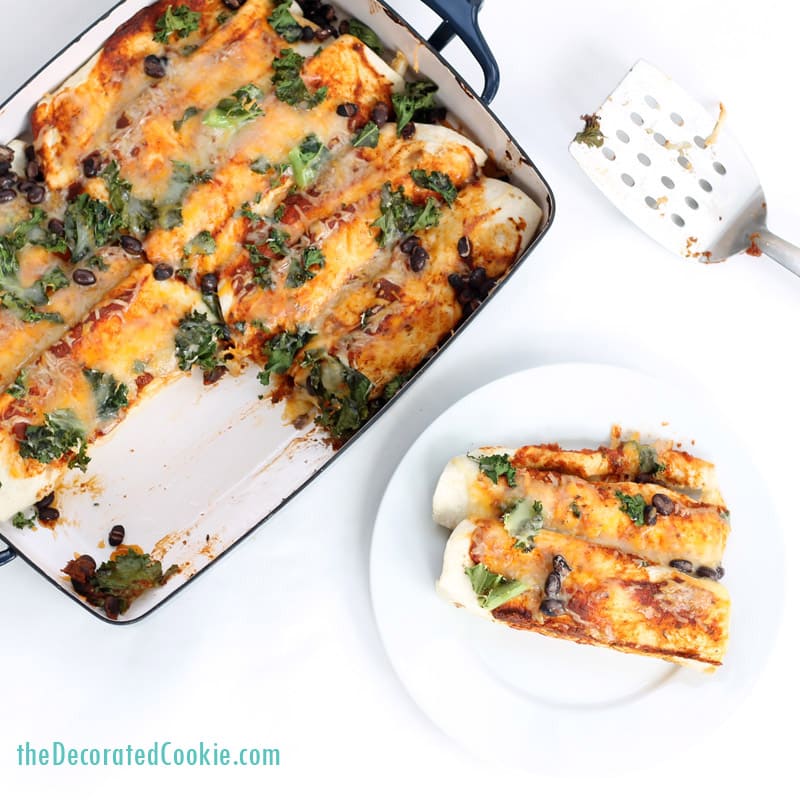 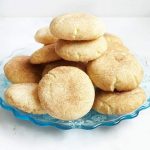 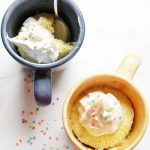 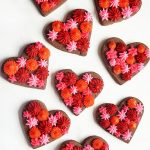 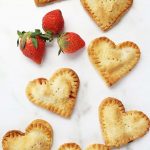 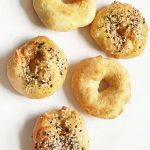