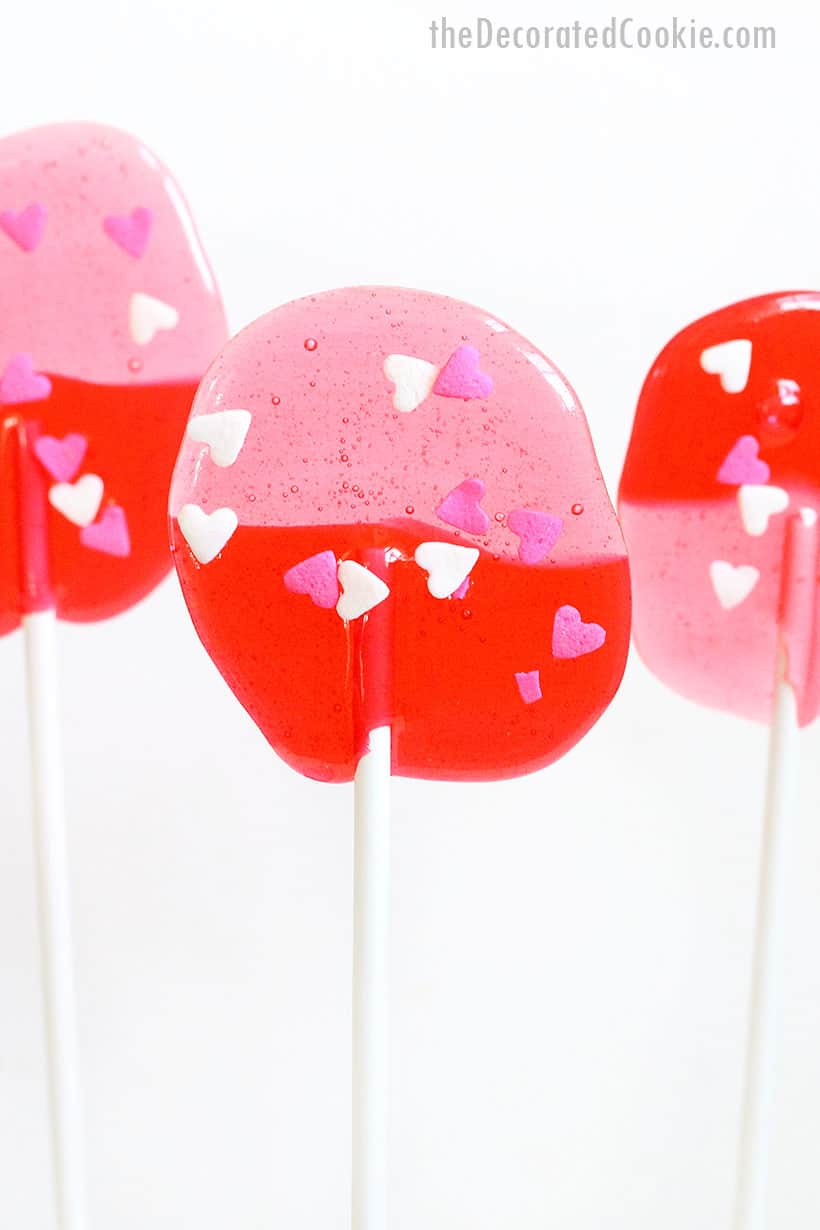 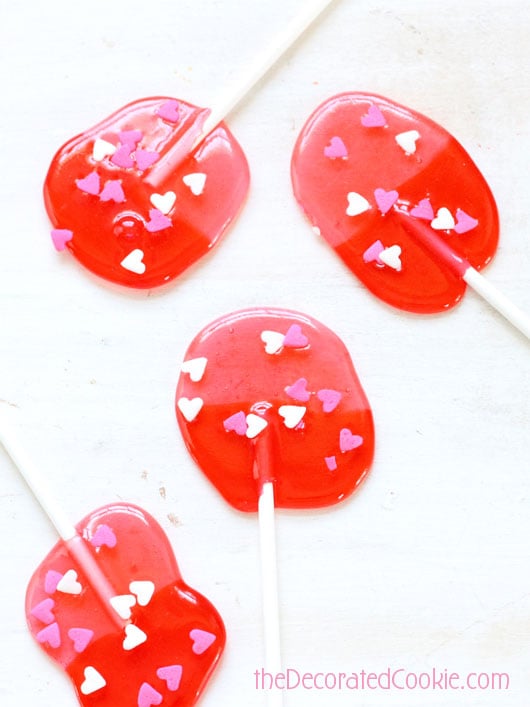 There really is nothing to making these Valentine’s Day lollipops.

You place some hard candy on a tray, melt them, and add some sprinkles and a lollipop stick. That’s it.

They are easy enough for kids to help make. But, just to be all formal, I’ll give you the more formal looking instructions below. 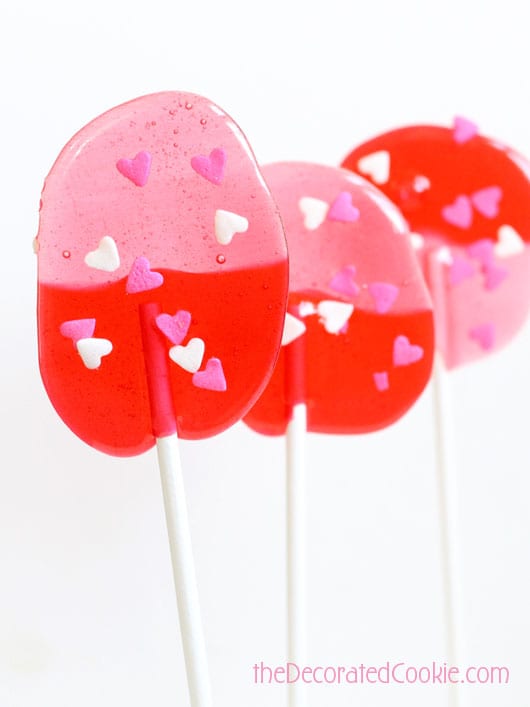 I even made a heart. 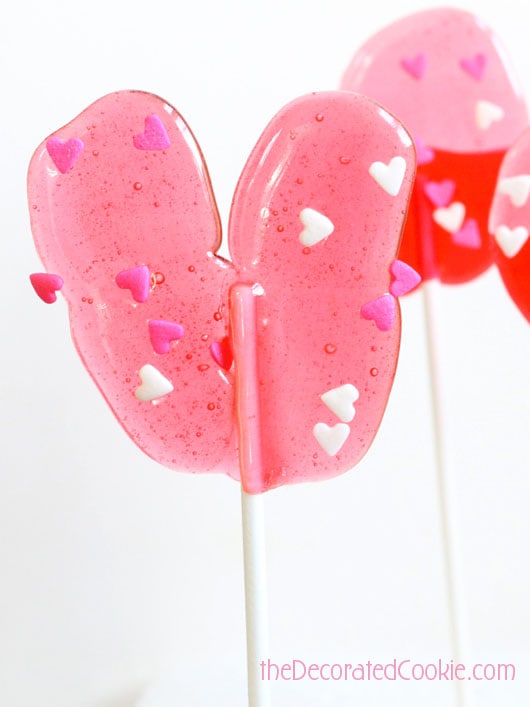 Looking for more variations? Here are all of my easy lollipop ideas:

*Find the lollipop sticks (6-inch used here) and sprinkles in the craft store.

Line a baking tray with foil and place a piece of parchment paper on top. Take two red Jolly Ranchers (either two Watermelon flavors, two Cherry or one of each, as shown here) and arrange them on the tray.

You can also add more candies to make the lollipops bigger. 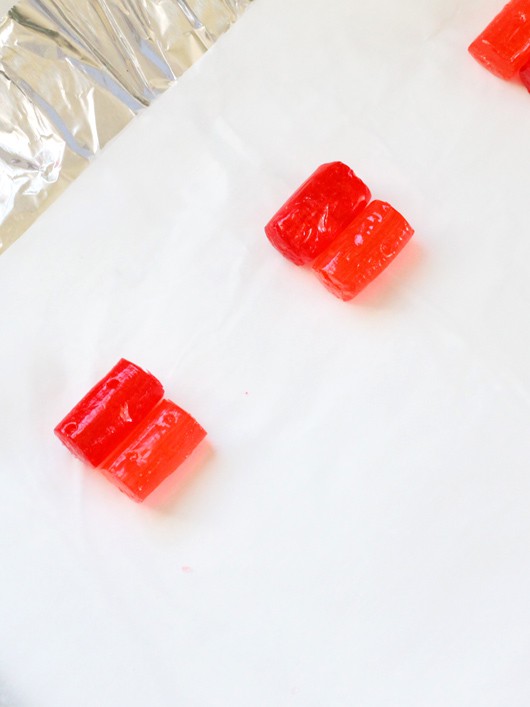 Place the tray in the oven, making sure none of the candy is jostled.

Bake in the oven just until the final lump of candy melts.

Mine took about 7 minutes, but watch them closely as they melt.

Immediately (and carefully) take a lollipop stick, place it on the melted candy and rotate it until it’s covered with candy.

If desired, sprinkle some heart sprinkles or other Valentine’s-themed sprinkles on top. Let the pops cool completely on the trays before removing them. 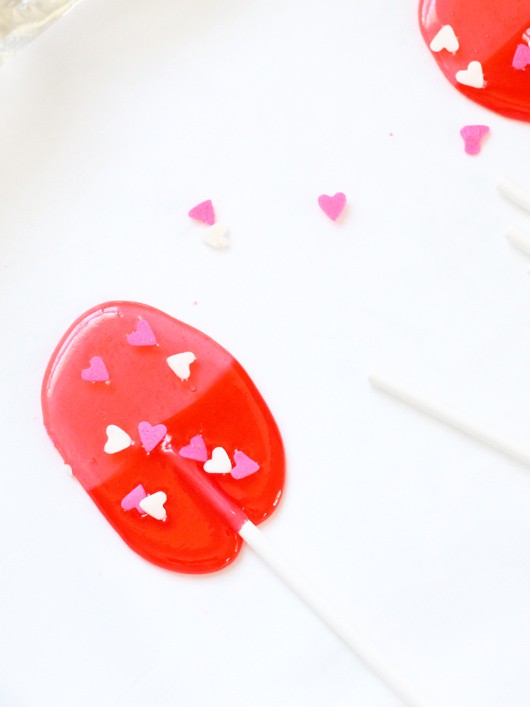 I had some success making heart shaped lollipops, though the candy has a mind of its own when melting and spreading, so this can be an exercise in frustration.

But I arranged four candies in a “V” shape. These took an extra two minutes or so to melt. Try these at your own risk. I had a few that looked very much not like hearts. 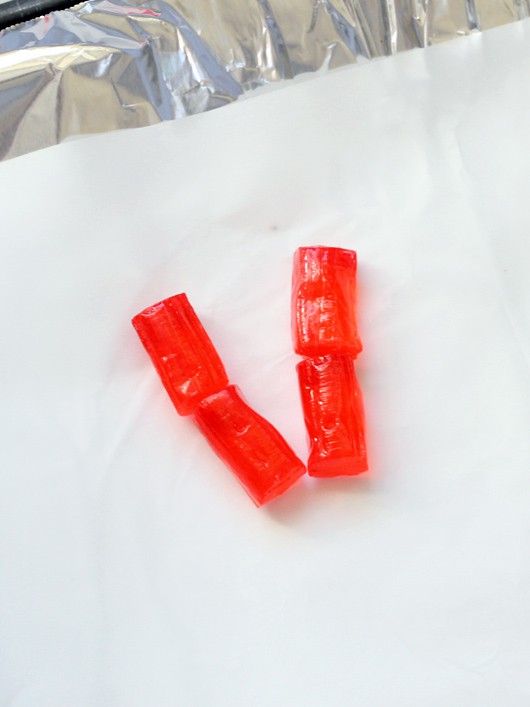 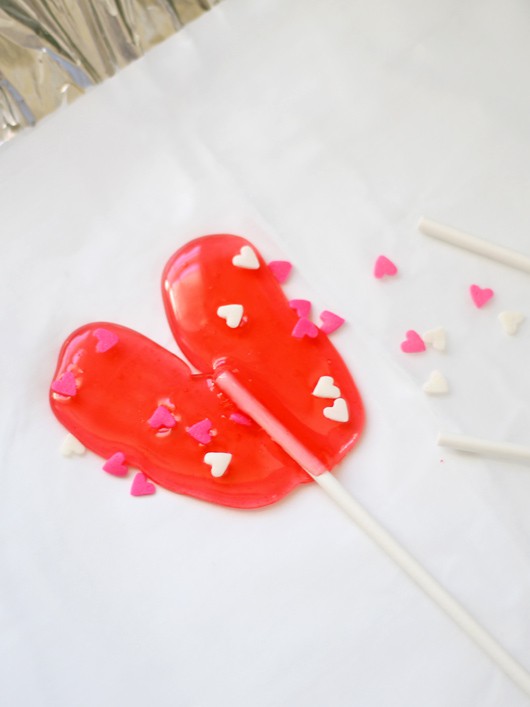 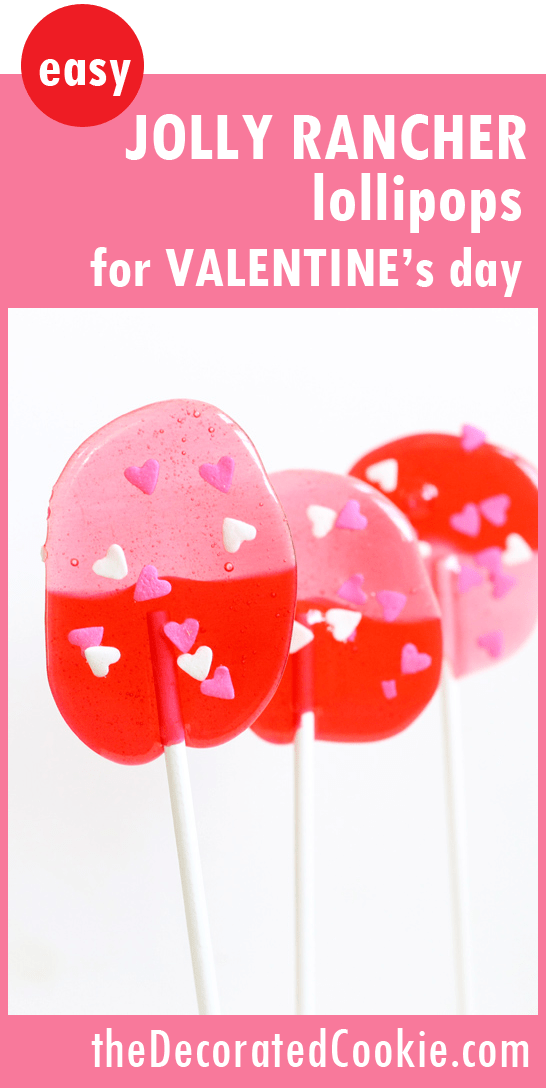