Home » Holidays » Halloween » Halloween mystery cans
34 shares
Disclosure: *This post may include affiliate links. As an affiliate, I earn from qualifying purchases. 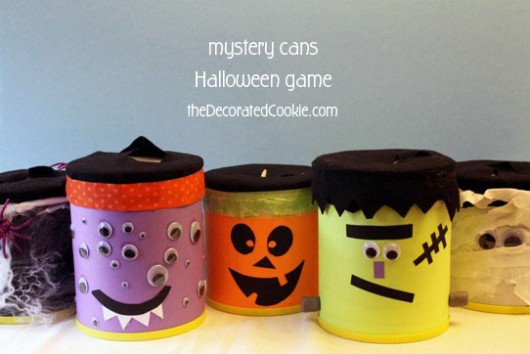 Sorry folks. Nothing sweet this week. Why? Because I’m consumed by this school Fall Festival I’m co-planning on Saturday. You know the one. I made this Decorate-a-Pumpkin for it. Here’s another activity that my co-chair thought of: Halloween Mystery cans. You know them, witch’s cupboard? Mystery bowls? Stick your hand in and guess what gross stuff is in there? We’ll have a sign above the cans that reads “Can You Guess What’s Inside? Tarantula legs (pipe cleaners), monster eyeballs (grapes), Frankenstein’s ears (dried apricots), Mummy toes (baby carrots), Witch Guts (spaghetti).” We haven’t nailed down all the insides yet, but those are some of the ideas.

Luckily, I’m a coffee drinker. So I had plenty of coffee cans to use for this project. My greatest inspiration came from the awesome and fabulous Lisa Storms. We were just going to use bowls until I saw her post. I love the idea of decorating the containers to look like monsters. 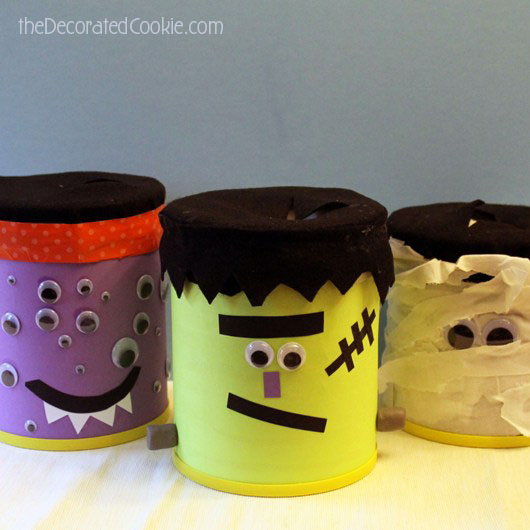 Here are some tips on how I made these:

I started with a coffee can and removed the labels.

First, I wrapped colorful paper (black, orange, purple or green) around the coffee can, adhering with glue and scotch tape.

For the top, I took a square of black felt and, because I felt like it wasn’t thick enough and kids could see inside, added a layer of white fabric, too. I snipped an “X” in the center of each, used a few dabs of fabric glue to glue the black felt and white fabric together, then put fabric glue around the rim of the coffee can, covered the top with the felt/fabric combo, and secured with a rubber band. I trimmed the excess felt and fabric beneath the rubber band. 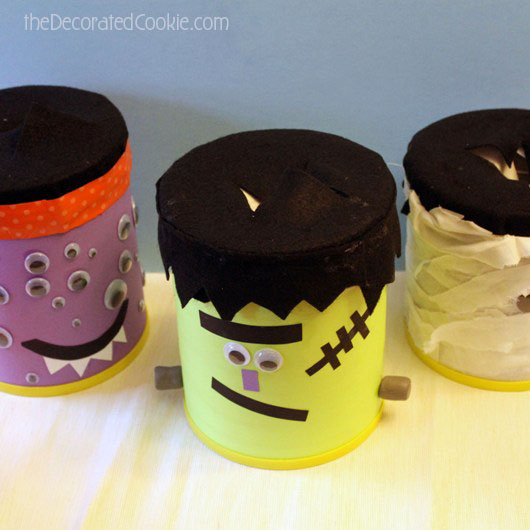 Then, I decorated the cans. For the mummy, I used a black paper background and glued strips of white fabric all over the can. I used one strip of fabric to cover the rubber band. I then glued big googly eyes on the face. 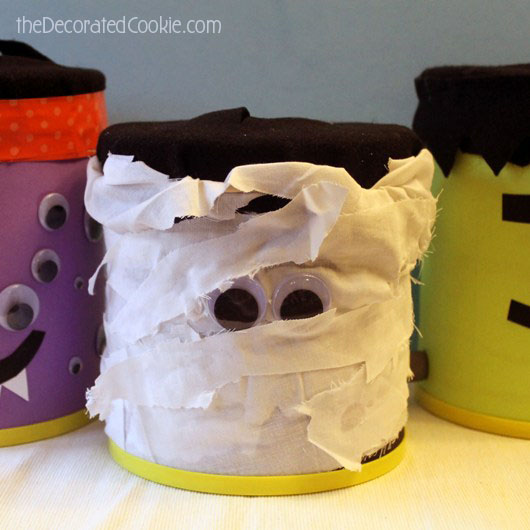 For the pumpkin, I used orange paper as the background, then glued on the face, made from black paper. I wrapped the rubber band and choppy edges of the felt and fabric with washi tape. Not too smooth, but does the job. 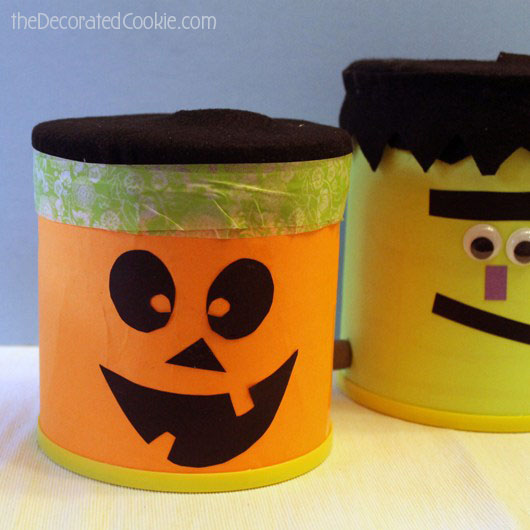 For the Frankenstein, I started with green paper. To decorate, I cut a strip of black felt for the hair and glued around the top to cover the rubber band. Then I glued on googly eyes and the face and scar, made with paper. I used some of my daughter’s clay to make bolts and glued those on. 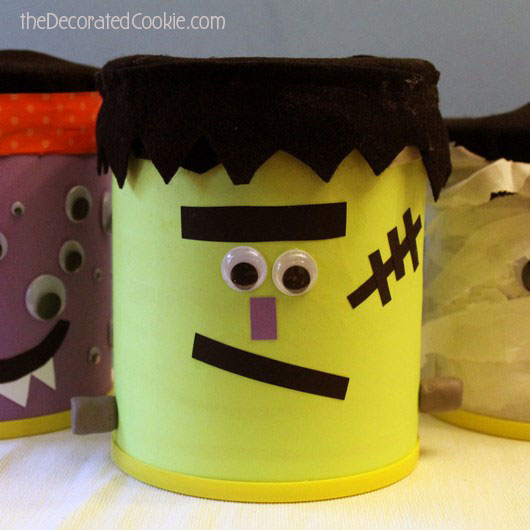 For the monster, I started with purple paper. I covered the rubber band and choppy edges of felt with orange washi tape. I made the mouth and teeth with paper and glued those on, and then glued on a bunch of googly eyes. 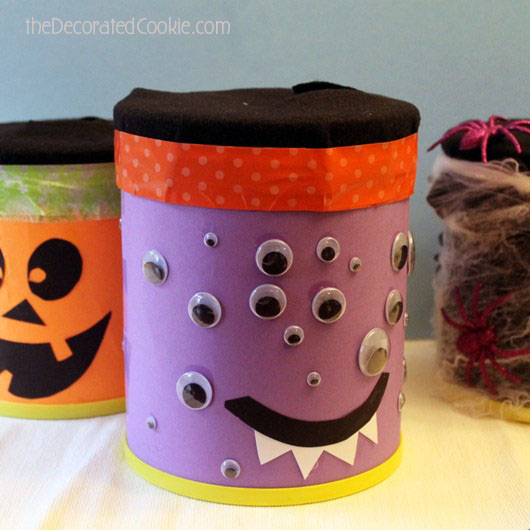 For the spiders, I started with black paper. I used those fake spider web stuff to wrap around the can, tucking into the rubber band to cover. I used dabs of glue to secure and to attach the spiders. 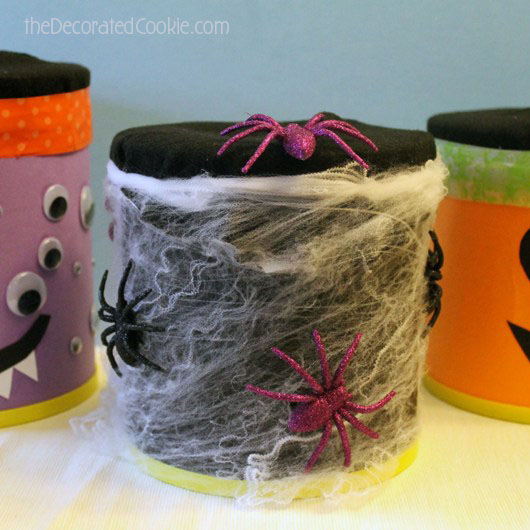 Lastly, I put the yellow lids on the bottom of the cans. You don’t need to do this, but I wanted to keep them handy for the day of the event, to close the top for transporting when the cans were filled.