Home » Food Crafts » cookies » homemade Mallomars
Disclosure: *This post may include affiliate links. As an affiliate, I earn from qualifying purchases.

Three ingredients are all you need to make homemade Mallomars, the classic s’mores-esque treat. 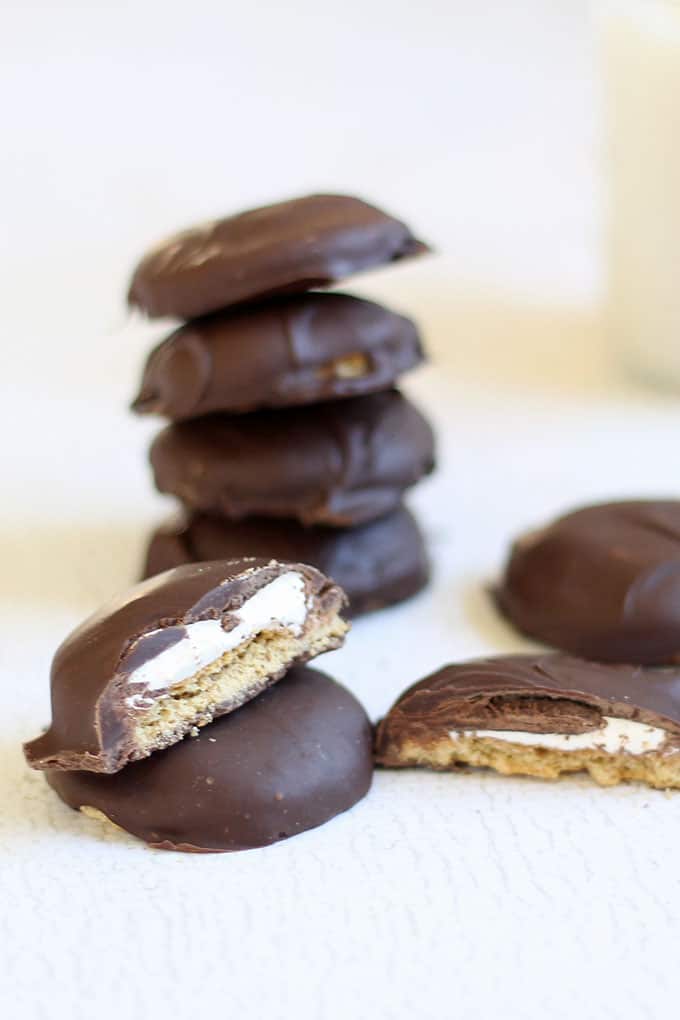 When I call Mallomars a Classic, that’s purposefully with a capital “C.” They’ve been around for over a hundred years, since Nabisco sold some to a store in (formerly West) Hoboken in 1913. You can only find them between September and March, which dates to pre-refrigeration days and fears of melting chocolate. The company still limits their availability to September through March. For tradition. Or hype. Either one is fair enough.

Mallomars have the same elements as s’mores: Graham crackers, marshmallows and chocolate. The origin of s’mores is less clear, but early recipes have been found dating to the 1920s. I do wonder if Mallomars influenced the campfire combination. Though Mallomars have stayed pretty consistent, while there have been countless variations on making s’mores. And then countless more variations on making s’mores. 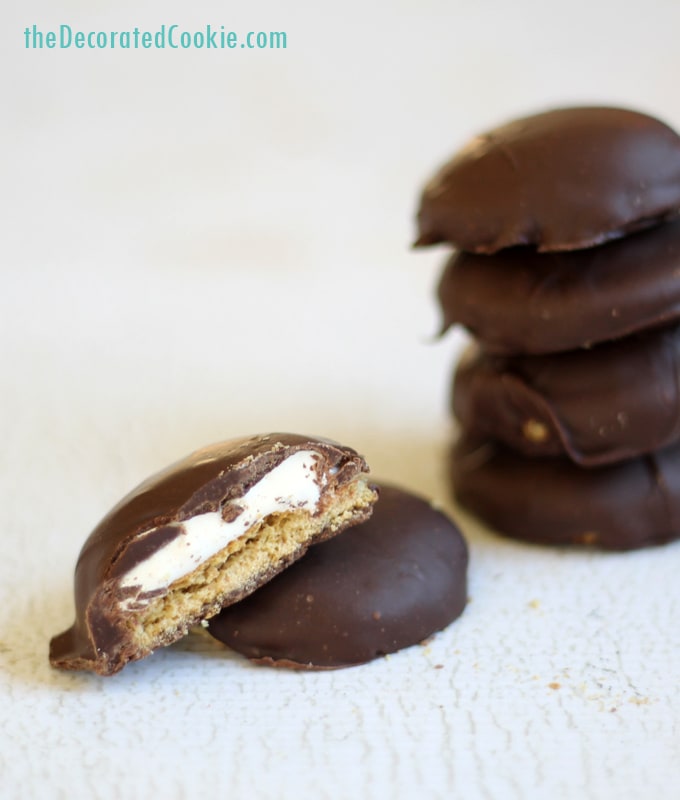 Cutting graham crackers without cracking them is a cinch, just microwave them for a few seconds with a damp paper towel. That’s it. They will dry quickly after cutting, so you can get on with making mallomars. Detailed instructions are in the recipe. 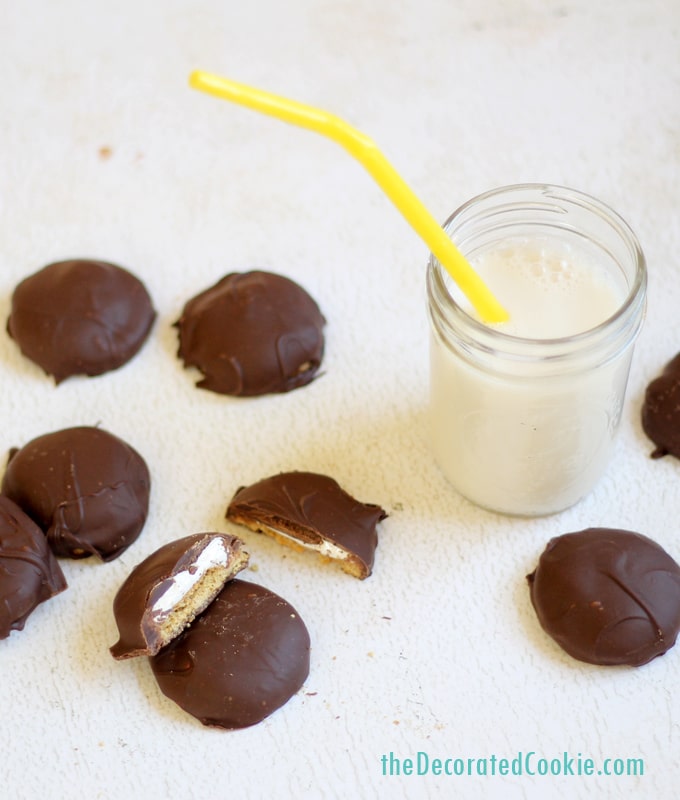 However you personalize these, these chocolate-marshmallow-graham cracker creations taste just like the Classic. Still capitalized.