Home » Meals » snacks » homemade Triscuits bites
154 shares
Disclosure: *This post may include affiliate links. As an affiliate, I earn from qualifying purchases.

Forget store-bought. Make your own good-for-you homemade Triscuit bites with only three ingredients.

So I’ve been on this big Triscuit kick lately. I’m a snacker, so I tend to go through snack phases. (My crispy chickpea snack phase is more of a lifelong thing though.)

Of course, I always think, “Can I make this myself?” I looked at the ingredients on the box of Triscuits.

There are only three: Whole grain wheat, vegetable oil, and sea salt.

The only ingredient in the cereal is whole grain wheat. And so, the stars aligned.

One out of the three things I needed was already done for me and conveniently packaged in the cereal aisle.

And bonus, shredded wheat cereal has all those good vitamins and minerals in it. And so, homemade Triscuits got a lot easier. 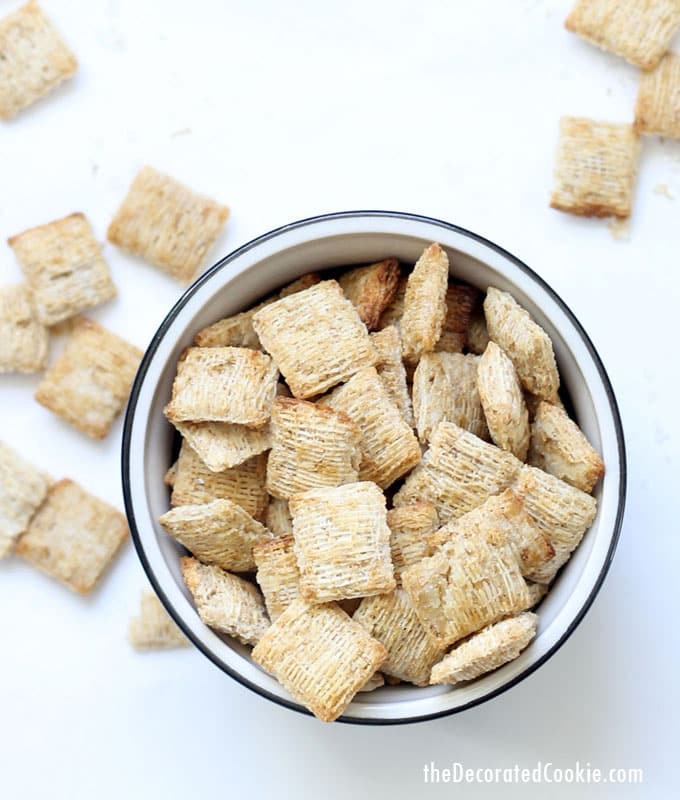 The key to mimicking the exact Triscuit taste is the salt. Salt, salt, salt.

That’s what is so distinct about Triscuits. They use plenty of it. Which is why I’m on this Triscuits kick. I love the stuff.

f you’re watching your salt intake, you may reduce the salt in this recipe, and you can skip the table salt altogether. Instead, after spraying the cereal, sprinkle a bit of the sea salt. After baking, add a bit more to taste.

Now that I have these homemade Triscuit bites conquered, I’m going to have to branch out with other flavors.

For the “Rosemary and Olive Oil” flavor, use the olive oil cooking spray with dried rosemary. Want some kick? Sprinkle some cayenne with the salt.

You can make your own Triscuits in less than fifteen minutes, and they stay nice and crunchy for over a week. Why not make your own? 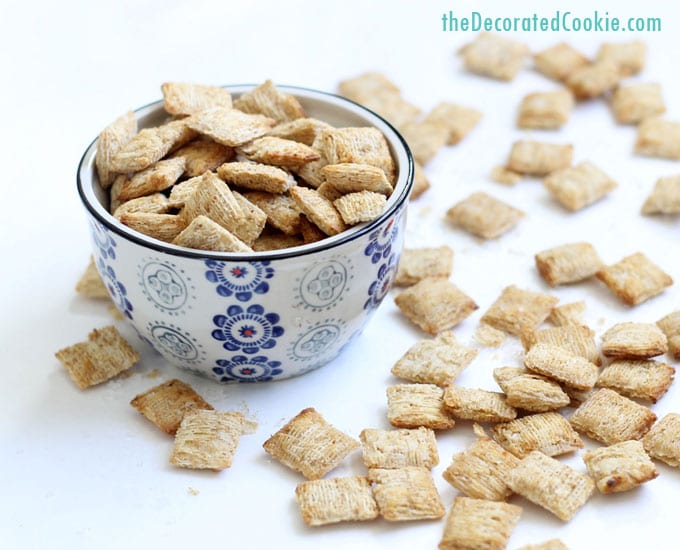 This recipe for homemade Triscuits also appears on Food Fanatic.