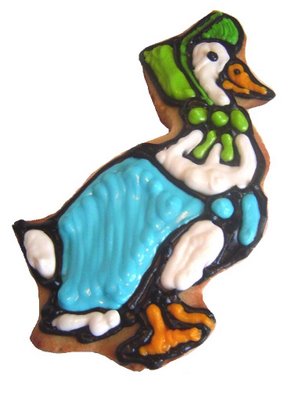 I just found these Mother Goose cookies pictures among the hundreds on my computer. They are from a cookie project I started and never quite finished. In my other life embedded in literary academia (two masters degrees because one useless degree is never enough) I studied Mother Goose a tad.

Some cookie versions of Mother Goose (forgive the picture quality… these were taken with my old camera. And you can’t see in the picture, but the butcher, baker and candlestick maker are holding a butcher’s knife, a baguette and a candle, respectively): 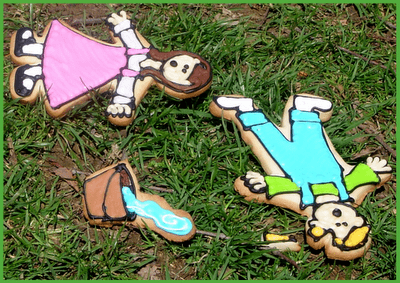 Jack and Jill went up a hill
To fetch a pail of water.
Jack fell down
And broke his crown
And Jill came tumbling after.

Up Jack got
And home did trot
As fast as he could caper.
Went to bed
And plastered his head
with vinegar and brown paper. 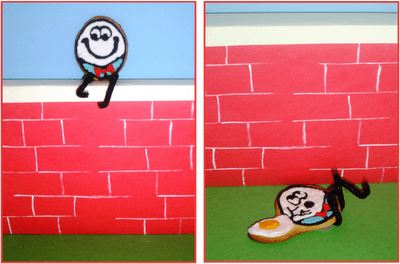 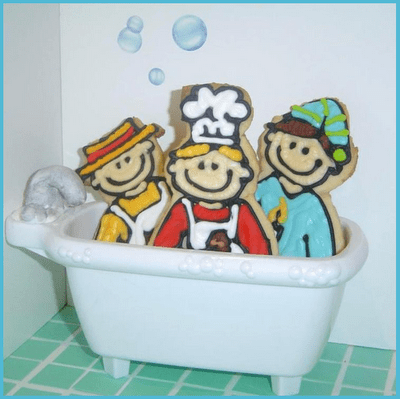 Rub-a-dub-dub
Three men in a tub,
And how do you think they got there?
The butcher, the baker, the candlestick-maker–
They all jumped out of a rotten potato!
‘Twas enough to make a fish stare.