Home » candy » polar bear and penguin marshmallow pops
Disclosure: *This post may include affiliate links. As an affiliate, I earn from qualifying purchases.

These cute polar bear and penguin marshmallow pops are a cinch to make! A fun and easy winter treat. 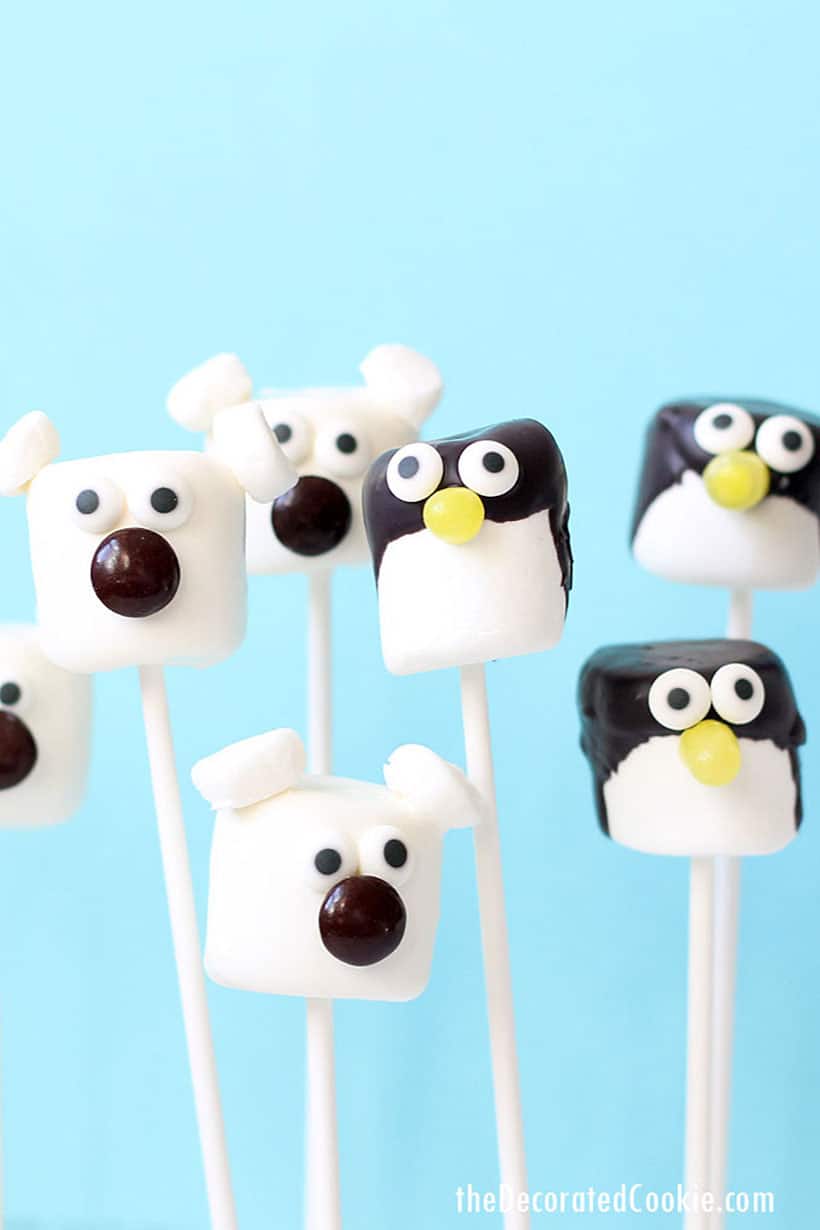 The winter thus far in Washington DC has been terribly lame, barely a snowflake to be seen. Sigh. I say, “Bring on the snow! Bring the hot cocoa! The snow days and fireplace!” But the weather doesn’t listen to me. So, to get in a more wintery, snowy mood, I made some polar bear and penguin marshmallow pops. 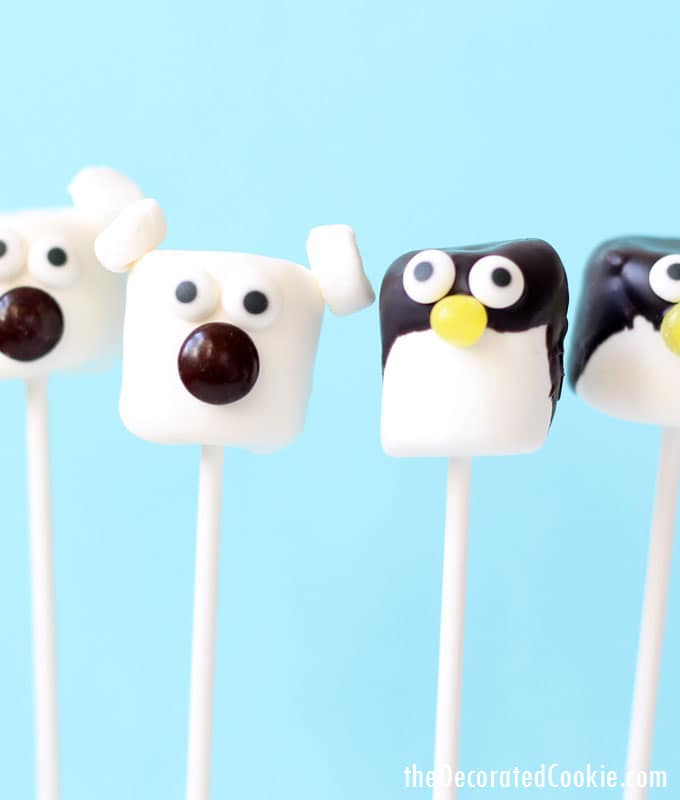 *Find the lollipop sticks (choose 6-inch or 8-inch), EZ Thin, candy melts, candy eyes and Styrofoam block in the craft store, or see the affiliate links above. The EZ Thins are optional, but they help with the consistency of the candy melts. 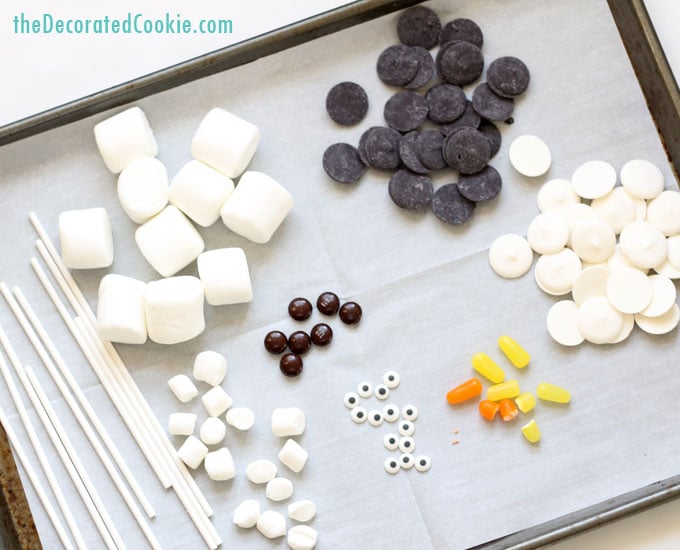 to make the polar bears:

Skewer some marshmallows with lollipop sticks and set aside.

Place some white candy melts (I usually work with one cup at a time) in a microwave-safe bowl or jar.

Dip a marshmallow completely in the melted white candy melts.

Tap the edge of the bowl to remove any excess candy melts.

Immediately place two mini marshmallow halves on top for ears and attach candy eyes and an M&M for a nose. If the candy melts are too thin and the attached candy slides, let the marshmallow set for a minute or two before adding the candy.

If the candy melts harden too quickly, use a toothpick to dab some melted candy melts on the marshmallow and attach the candy.

Prop the polar bears in the Styrofoam block to fully dry, about one hour. 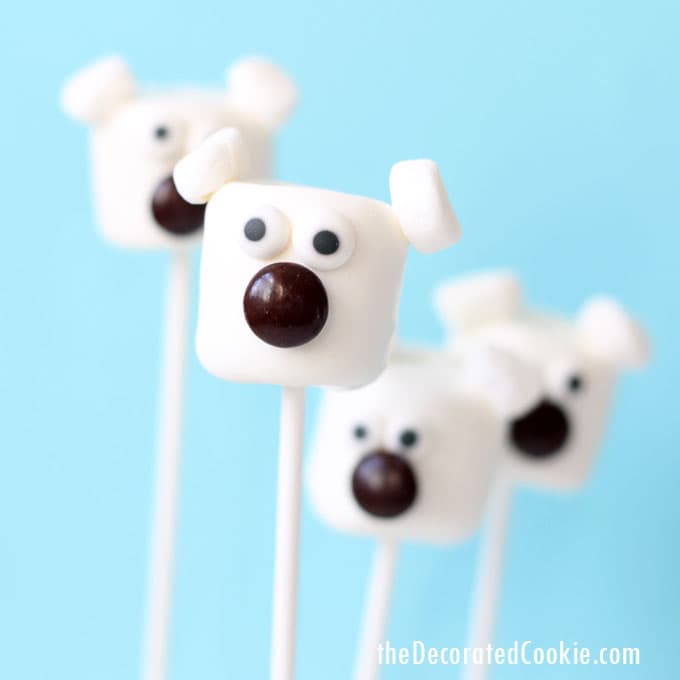 to make the penguins:

Follow the same instructions above, but melt the black candy melts.

Immediately add candy eyes and a Mike and Ike’s candy half for the beak. Follow the same tips above for attaching candy if the candy melts are too thin or too hardened.

Prop in the Styrofoam block to fully dry. 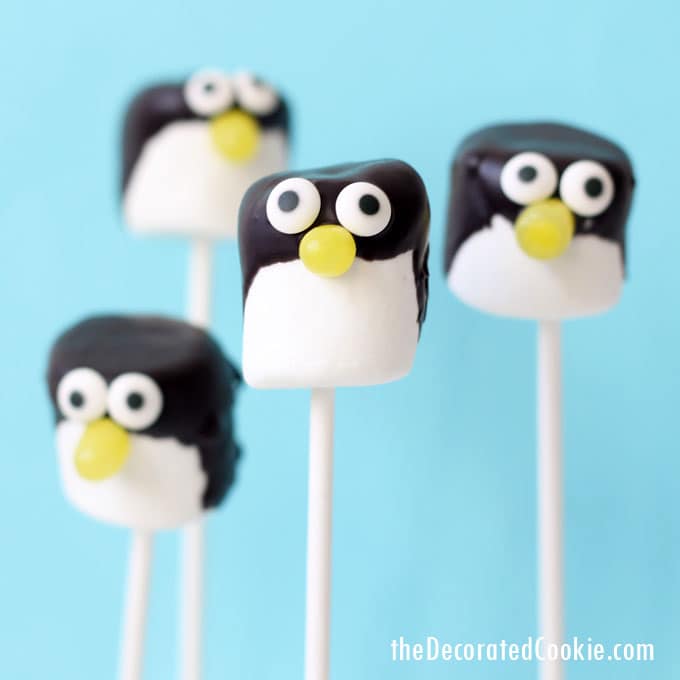 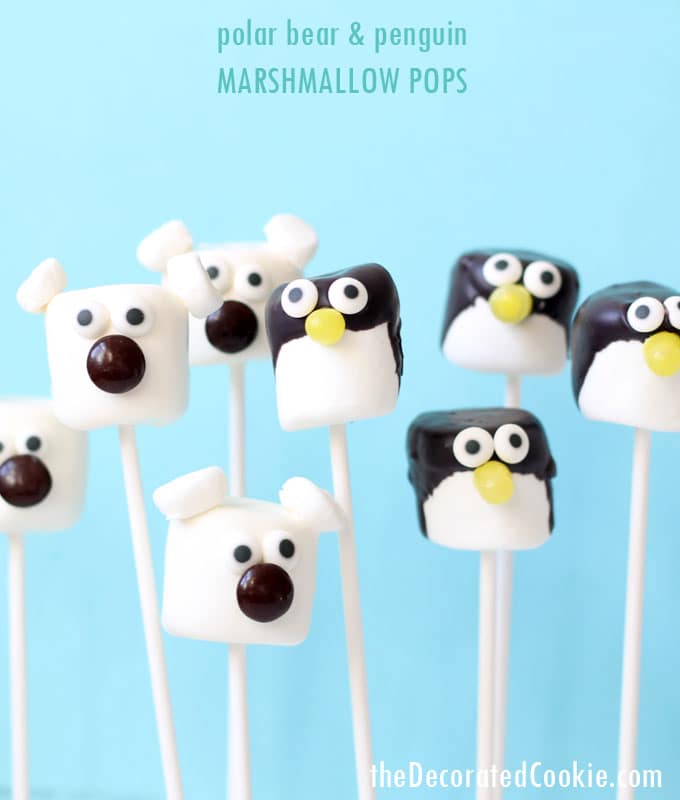