Home » Food Crafts » marshmallows » Donald Trump and Hillary Clinton marshmallows
4 shares
Disclosure: *This post may include affiliate links. As an affiliate, I earn from qualifying purchases.

I don’t even know where to start with this crazy election year. It has shaken America to the core, that I know. And that is one thing most of us can agree upon. On my personal facebook page, I’m pretty outspoken with what I know and believe to be my truths (spoiler: I’m a lefty), but on here and the decorated cookie facebook page, I’m (for the most part, but not always) apolitical. I do this, in part, because when I stray and let my leftedness slip, I get yelled at a lot, and I don’t like being yelled at. I also remain apolitical (for the most part, but not always) because I reach not just those in my echo chamber, but those beyond. And we think differently and we believe in different things and we read different stories and talk to different people and have had vastly different experiences, so you don’t need yet one more person on facebook with no greater knowledge than anyone else telling you that you are wrong or right. Especially when you visit me for cookies and craft ideas and sometimes funny stuff.

But I can’t ignore this historic election, can I? I neeeed to make some sort of fun food with Donald and Hillary. So I chose these Trump and Clinton marshmallows. And look, they are totally apolitical. You can make Don, you can make Hill, you can make both. They look almost exactly the same, except Donald’s hair is a little messier, but come ON, that one isn’t up for debate. 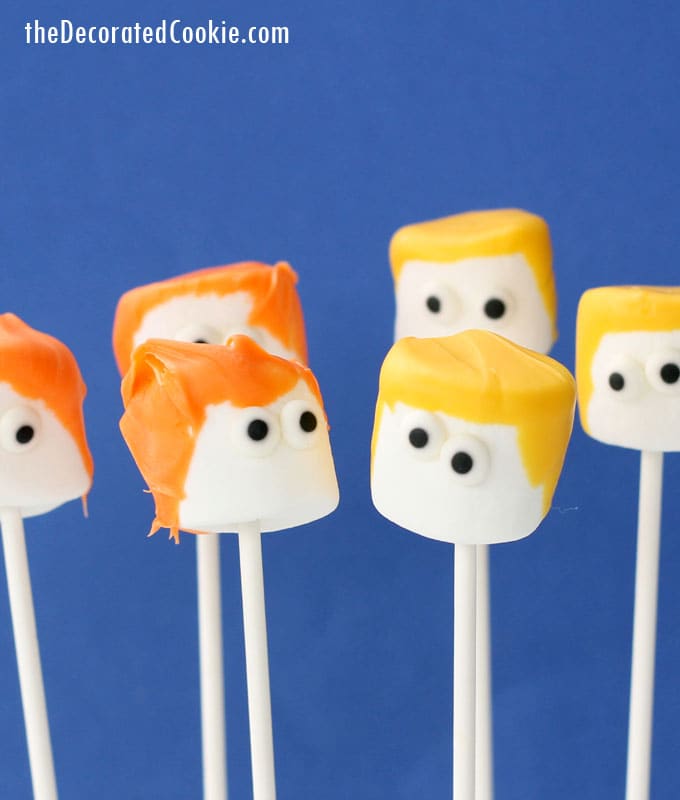 Plus, these are easy. All you need are marshmallows, lollipop sticks, some candy melts and candy eyes. I could have kept going and drawn expressions with my black food pens, but that would have ventured into dangerous territory. The curve of a smile or smirk can be very telling. The pouty lips of Trump, the plastered smile of Clinton…

Oh geez… I almost forgot Gary Johnson! Let’s get him in there, too, shall we? 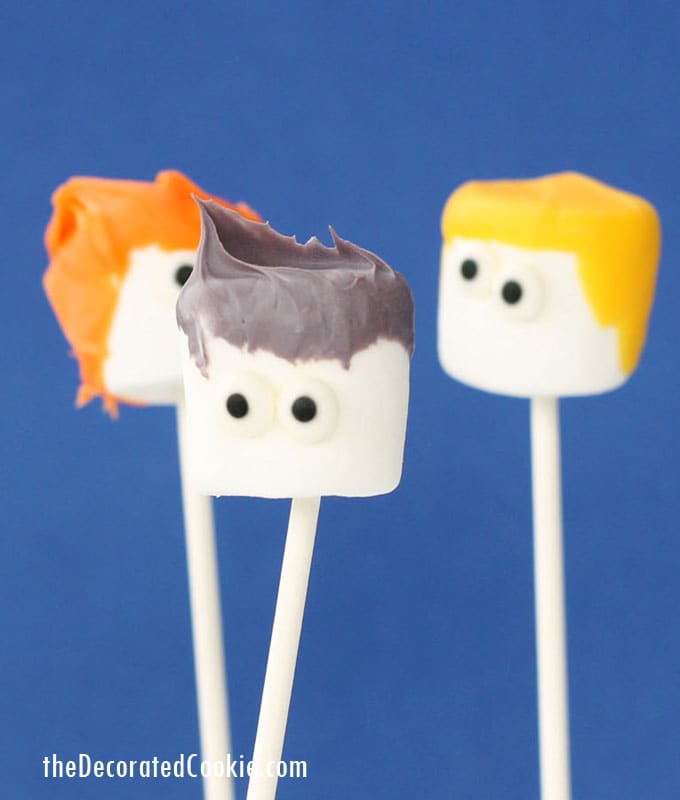 how to make Trump and Clinton marshmallows

*Find the above in the craft store, or click the links above for affiliate resources.

what to do: Skewer marshmallows with lollipop sticks. In a small bowl or jar, melt some candy melts according to package directions, orange for Trump, yellow for Hillary. Work with one color at a time. Dip the top and sides of a marshmallow into the candy melts, tap against the side of the bowl to remove excess and prop in the Styrofoam block. Let set. Dab two dots of light corn syrup on the front of the marshmallow using the toothpick. Adhere candy eyes and let dry.

TIP: I wanted Donald’s hair to be a bit messier and Hillary’s smoother, so I added a teaspoon or two of vegetable shortening to the yellow candy melts to thin them. 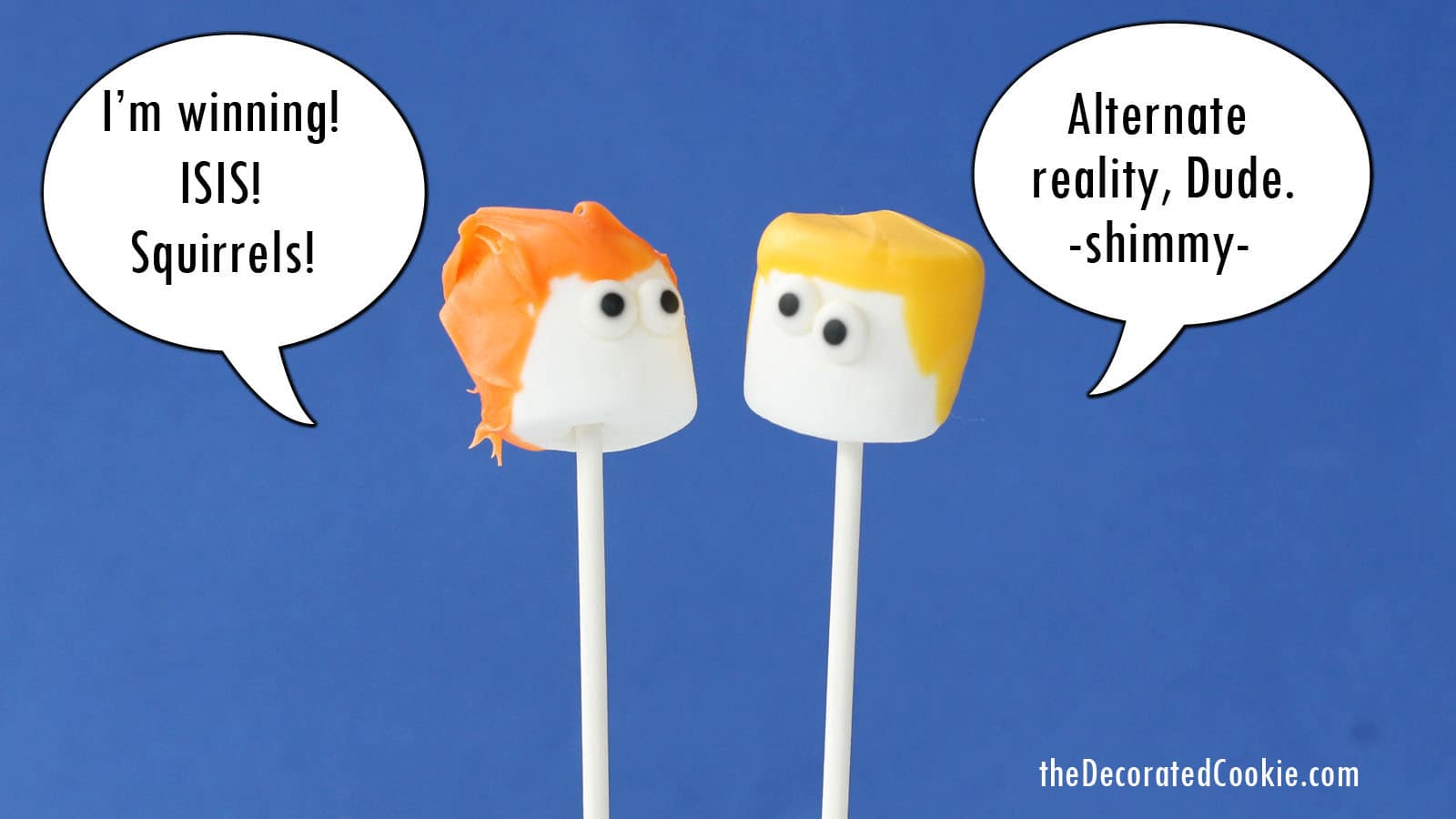