Home » How To's » supplies » edible writers » marshmallows on a string
26 shares
Disclosure: *This post may include affiliate links. As an affiliate, I earn from qualifying purchases. 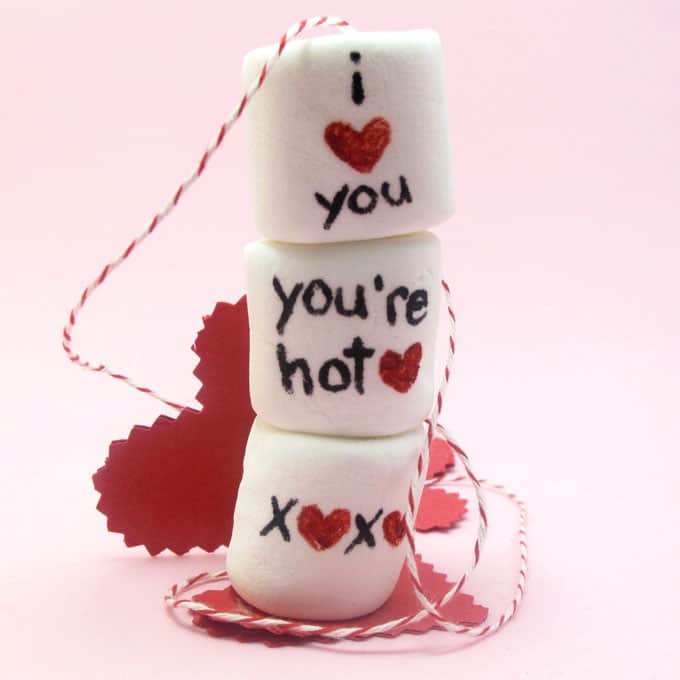 Marshmallows on a string to dunk in hot cocoa for Valentine’s Day.

I don’t know what to call these. Marshmallows on a string in the style of tea bags but for hot cocoa?

Regardless, I found myself mighty clever for coming up with this idea for Valentine’s Day.

Might-y clever. I really was stunned by my brilliance.

Until I remembered how this past weekend I put my keys on the roof of the car to get my kid in her seat. Then drove off.

Then heard the keys slide off the car into traffic. Then searched in said traffic for three hours to no avail. (Seriously, where did they go?) Maybe “brilliant” is too strong a word. 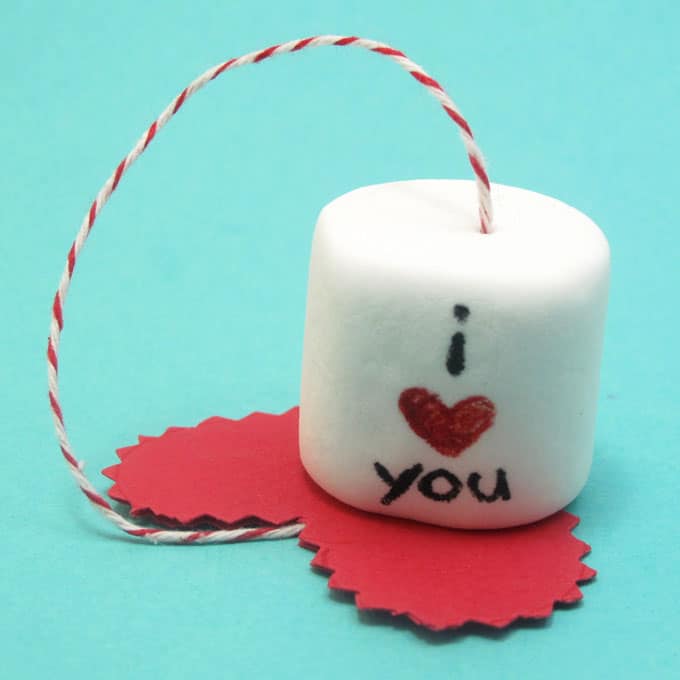 OK, sure, you can say such a thing as a marshmallow on a string is pointless, since marshmallows dissolve in cocoa, unlike tea bags, thus you leaving you to pull up a lonely string stained with chocolate from your empty mug. 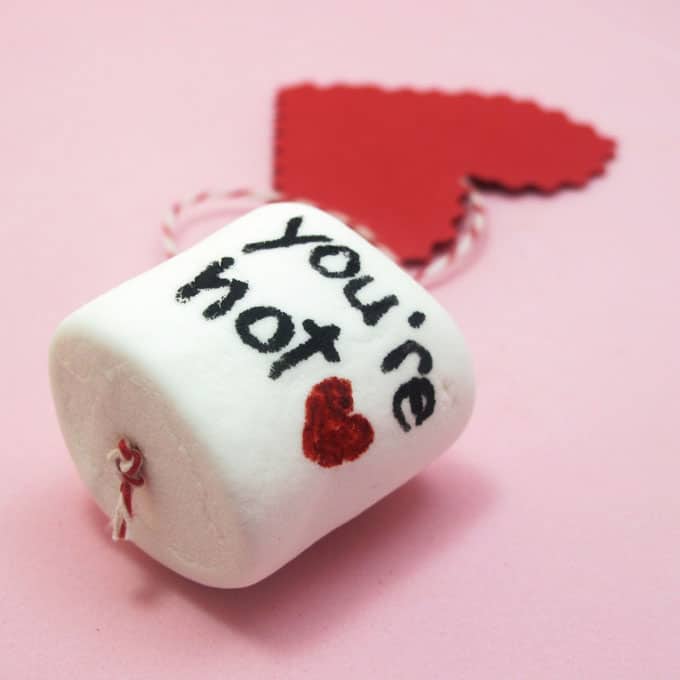 I thought of this idea after spotting and posting about these Valentine’s Day tea bags.  And since I’m all about cookies and marshmallows, not tea, I naturally ended up with marshmallow “tea bags.” They are extraordinarily easy to make. Extraordinarily. 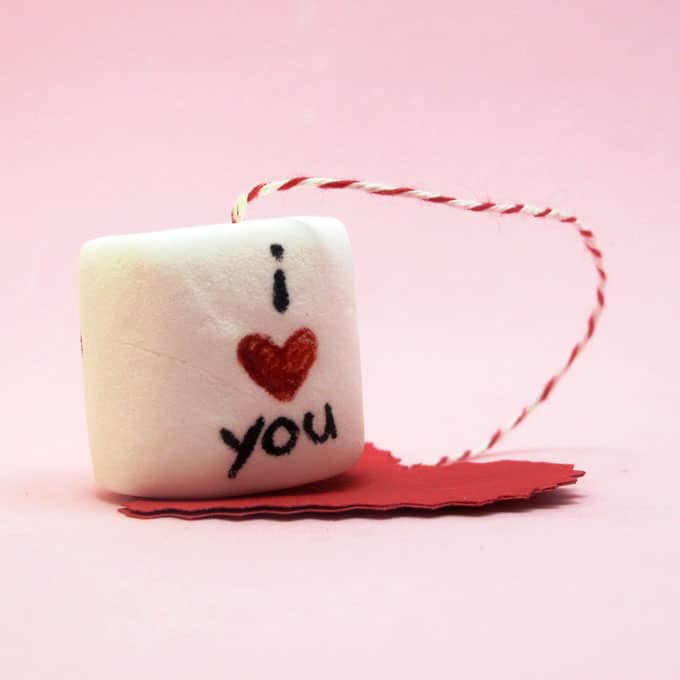 you will need:*
marshmallows
baker’s twine
tapestry needle
shortening
scissors
red cardstock
stapler
edible writers (optional)
*Find cardstock and the needle at the craft store. You can find edible writers there, too, but I prefer Americolor Gourmet Writers or the FooDoodler fine-line ten pack. I found baker’s twine at Crate n’ Barrel, but you can also find twine in a variety of colors at Layer Cake Shop and Bake It Pretty.

Take a piece of baker’s twine about 8 to 10 inches long. Thread the tapestry needle. Make a double or triple knot in one end of the twine and snip off the excess.

Grease the needle with shortening (I use Crisco). 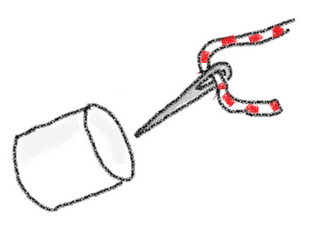 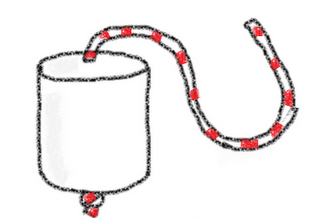 Cut out two hearts from the paper and glue, staple or tape at the end of the twine. 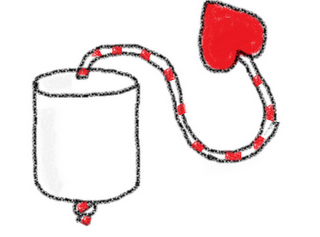