Home » Food Crafts » other sweets » ice cream » pickles and ice cream
1 shares
Disclosure: *This post may include affiliate links. As an affiliate, I earn from qualifying purchases. 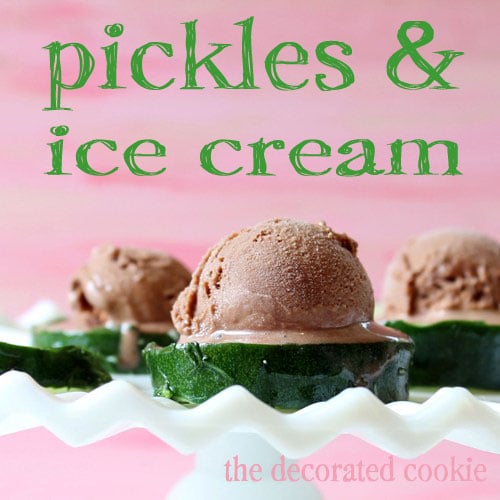 This post is only a test. Really. It’s only half serious. I had to see if all the hullaballoo about pickles and ice cream was real. Because, you see, I’m almost 20 weeks pregnant. (Pause for woo hooing now.) 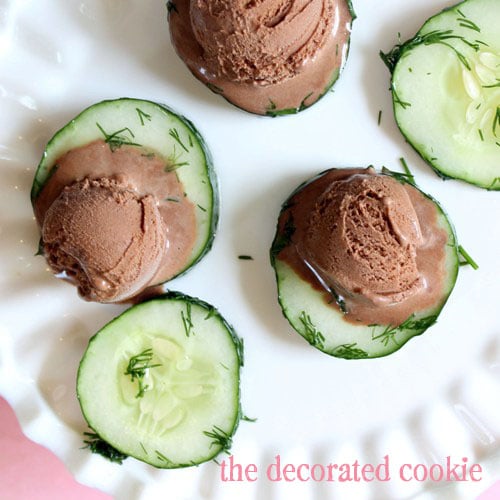 It took so long to tell others this for a couple reasons. First, I needed to be further along to better know what to announce. Nothing is smooth sailing for me, health-wise, so I was afraid of announcing too early, “I’m having a baby,” and then have the baby actually turn out to be an ostrich with three heads. And more importantly, whenever I say “I’m pregnant,” my first thoughts go to those for whom that phrase evokes angst and sadness. To those who have experienced the heartache of infertility, and to those who have poked themselves with needles til they were black and blue, I do so very much understand.

If you 1. know me in real life, or 2. follow this blog, you are aware of what a big feat this pregnancy is for me. Not only am I of “advanced maternal age” (ie. one hundred million and 39), but I have a long history battling illness (ie. one hundred million and 20 years). I’ve had lots of surgeries and lots of stuff inside removed and shifted around and reconstructed (read more about that here), which makes the whole baby thing a medical unlikelihood. My almost-five year old daughter is an IVF baby, but that process went relatively well, so I was lulled into the belief the second one would be a cinch. But things can sometimes go horribly awry, as many, nay, all, of us know. Freak complications from a round of IVF almost took my life last year, which understandably made the fertility experts never want to touch me again. But armed with the language and self-knowledge of being a long-term patient, my husband and I fought fiercely to get another go at it.  The board and other important sounding people debated and decided my fate. They reluctantly agreed, with a level of caution I imagine they learned from watching The Boy in the Plastic Bubble (you know, John Travolta? Anyone?). My last and final chance at IVF worked. So three cheers for the patient with a voice! And kudos to my fertility experts for prioritizing MY safety above all else.

But on to less serious things, like pickles and ice cream. 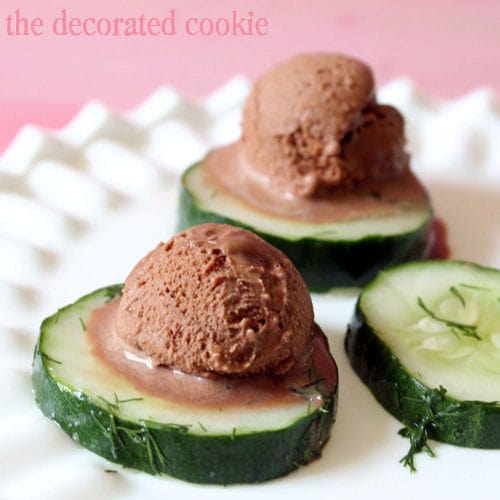 This combination was surprisingly not as bizarre as I thought. I predict I’m unlikely to crave this union again, but if I do, next time I’ll try it with real pickles and less dill, methinks. But these packed a good crunch and some interesting flavors.

To make these, I pulled a cucumber from our garden, washed it and sliced it. I tossed it with some white vinegar, sugar, coarse salt and fresh dill as in this recipe for Quick Pickled Cucumbers from Martha Stewart. I sprinkled the cucumbers with more salt before topping with a little scoop of chocolate ice cream. I dare you to try it. 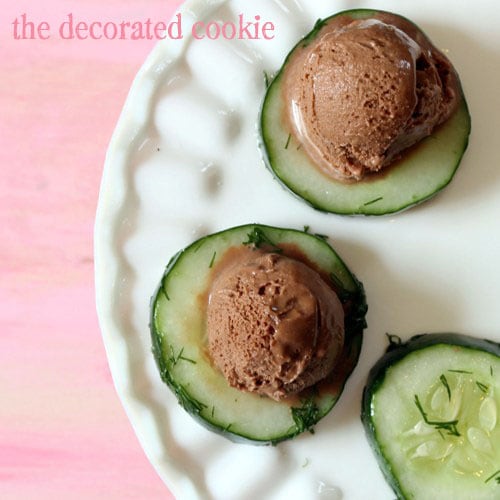